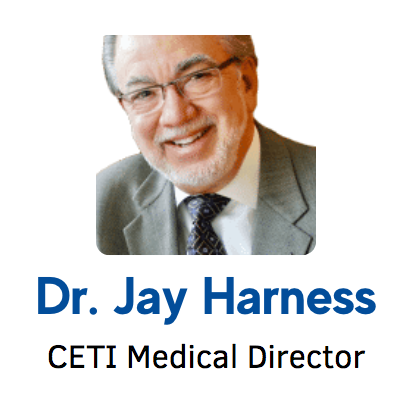 Dr. Jay Harness is the CETI Medical Director and a past-President of The American Society of Breast Surgeons and Breast Surgery International. He is a full-time breast surgeon at the St. Joseph Hospital Center For Cancer Prevention & Treatment in Orange, California. Practicing surgery for 40 years, Dr. Harness specializes in breast surgery and surgical oncology.

He is a member of several national and international surgical societies and associations. He has served as Secretary-Treasurer, and President of the American Association of Endocrine Surgeons and Chair, Board of Directors, of The American Society of Breast Surgeons. He has authored over 80 scientific articles and book chapters and has been the lead editor of 2 textbooks.